Sean was commissioned by Reese Brothers Productions, Franklin County Convention Facilities Authority, and the Greater Columbus Arts Council in 2016 to create a work of art for the Columbus Convention Center’s permanent collection. The piece is entitled Scarlet Goes to Comic-Con, and is a one-page sequential story featuring his original character Scarlet Huntress. The original art (drawing) is in Sean’s portfolio and currently for sale. but the digitally colored version was enlarged and is on display at the Columbus Convention Center starting in June, 2017.

You can see more about Scarlet Goes to Comic-Con though the Convention Center website. 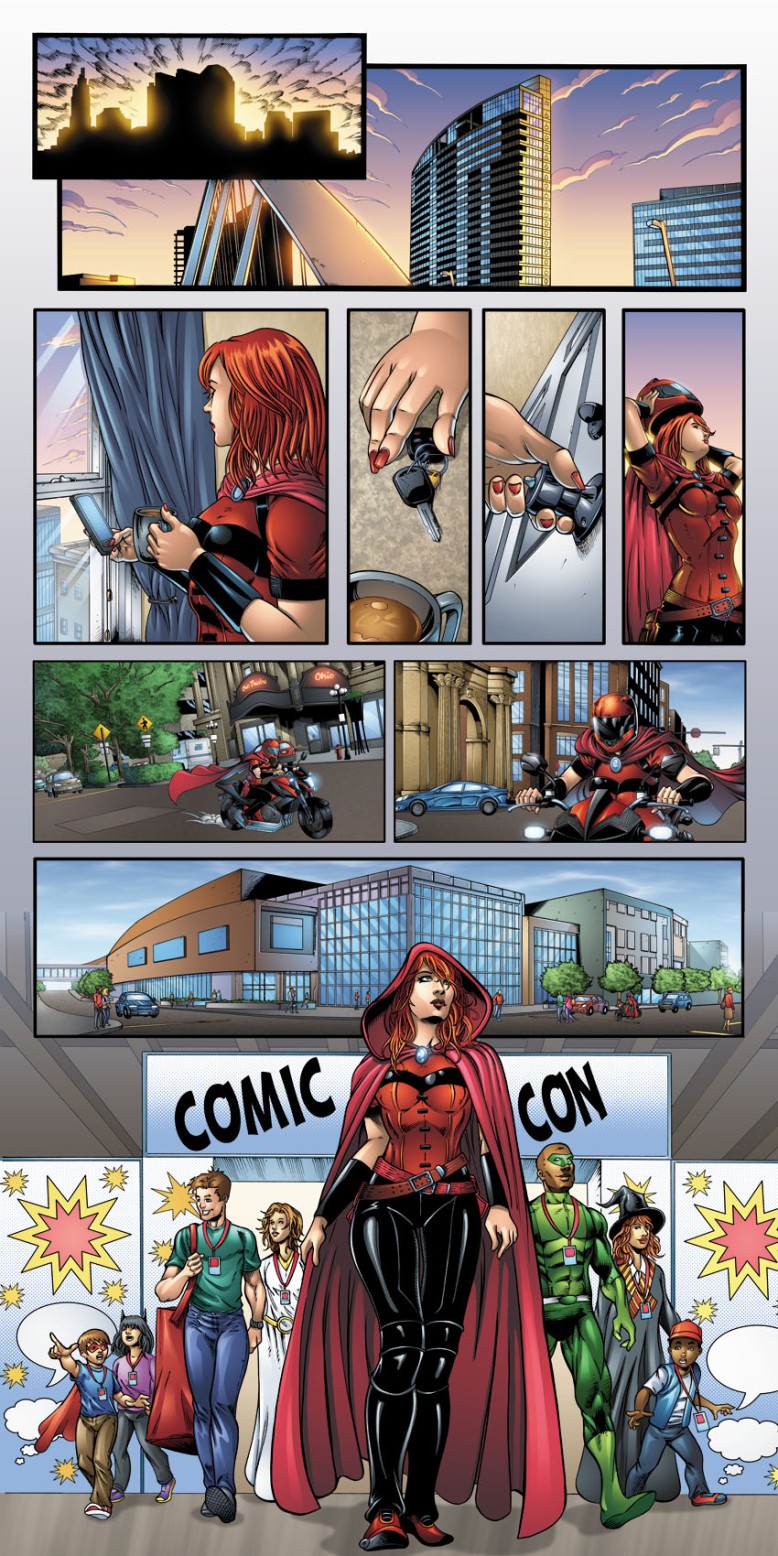 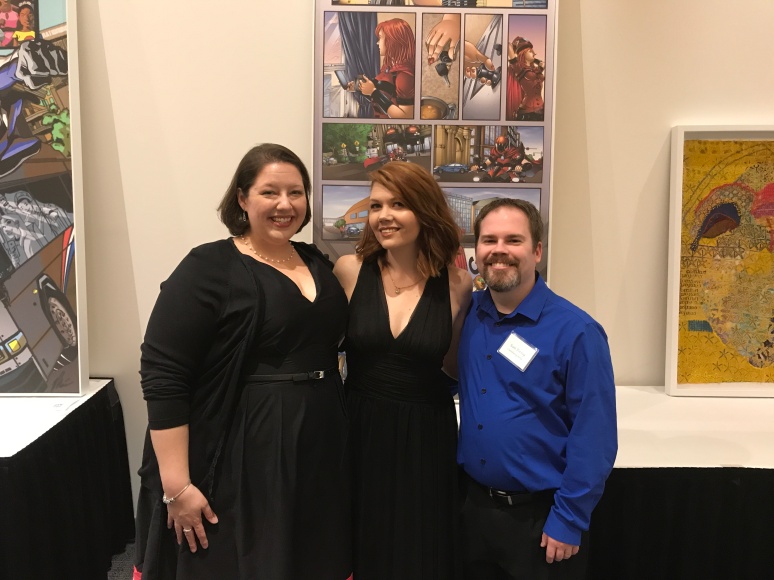 Scarlet Huntress is a character that I co-created with my wife Stephanie in 2003. Scarlet has made several appearances in her own comic book series, comic book anthologies, and role playing game guides. This piece is a one-page narrative that follows Scarlet Huntress on her short journey from her home to a convention.  Scarlet is a strong female comic character who lives in Columbus, Ohio. She struggled as a young woman to find her own path, and then found out that she is a descendant of Little Red Riding Hood and has a long family lineage of fighting malicious forces. After the death of her mother Scarlet was forced to decide whether she would pick-up the family mantle and become the next huntress, or leave her family behind and follow her own path.

As a comic book artist and illustrator I am influenced by the comic books and comic book artists that I grew up with and admired. I learned to draw from comic books, drawing images of my favorite characters from a young age and leading me to pursue a career in the comic book industry. I have worked on a number of comic, cartoon, and children’s books, commercial art, and related projects since graduating from Bowling Green State University. I created this piece as I do most of my illustration projects, with thumbnail sketches, working out the story, poses, and perspective until I had a clear idea. From there I started the drawings digitally to finalize the layout, printed my digital sketches, and finished the drawings in pencil and ink. Lastly, I scanned the drawings and then colored and painted them digitally to create the final piece. This artwork embodies my passion for comics, narrative storytelling, a mix of new and old mediums, and the love for our favorite local comic superheroine.